Sunscreen: guiding you to make the right choice

Greentalk: Nina, creator of the committed media Green Up

Microplastics discovered in human blood for the first time

Cosmetics and animal testing: where do we stand? 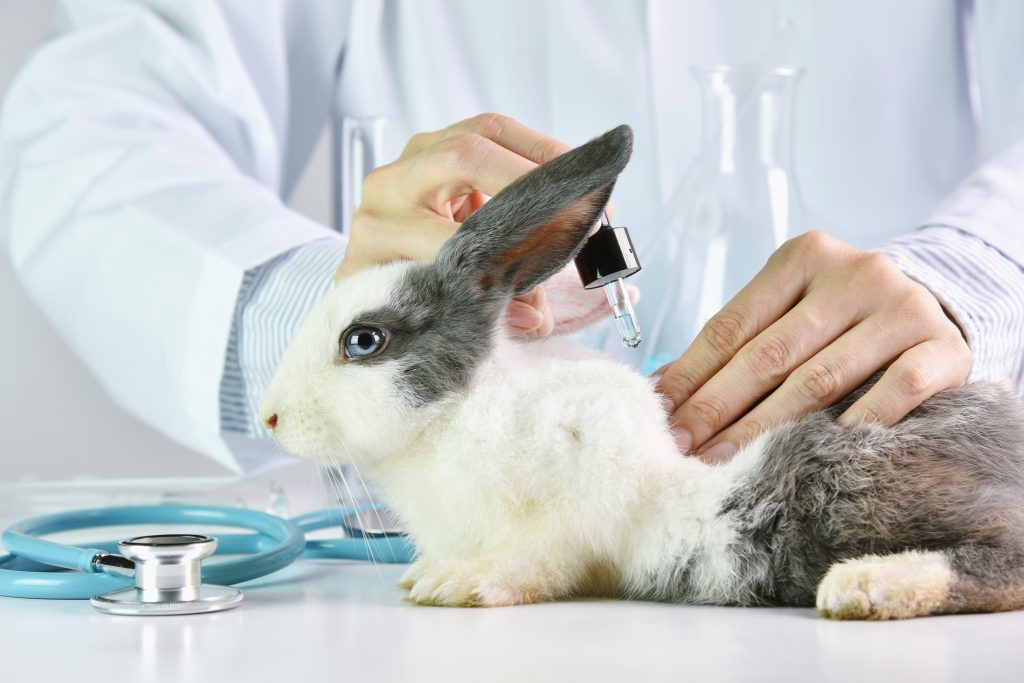 Before the 2000s, cosmetics producers were allowed to test their products on animals. Fortunately, the government started to pass cruelty-free laws at the beginning of the 2000s. In 2004, those tests were prohibited for cosmetics end products. And five years later, it was prohibited for isolated ingredients. Since 2013, the European Union prohibits all animal tests in the cosmetics sector. Was it so easy though? Do all companies abide by it?

What does animal testing involve?

In the world, there are about 40 countries that prohibit animal testing, including the European Union. It means that most countries still allow these practices.

But do you really know what “animals tested” means?

Different animals are concerned: rodents, but not only. Dogs, cats, rabbits, fish or poultry can also be tested on.

There are many forms of tests carried out, to determine the irritation, toxicity and innocuousness of a product: skin tests, spraying or injection for example.

For skin tests, the animal is shaved and its skin is incised to put the product. Then the results are analyzed during days and the animal is caged.

Ocular irritations tests also exist: laboratories inject the product into the animal’s eyes and wait several days to see the itching. In the end, it provokes a puncture of the eyes.

These processes prevent animals from living a normal and happy life. That’s why they have been prohibited in the European Union.
But is it really respected everywhere?

According to the PETA organization (People for the Ethical Treatment of Animals), some cosmetics are still tested on animals in the European Union. It would appear that some companies misunderstand the legal requirements about cosmetics. Or maybe they just turn a blind eye to it. This organization is fighting against those tests and they undertake a lot of actions to prevent them.

Unfortunately, beyond cosmetics tests on finished products that are prohibited, an issue remains. The REACH law, that brings to the market and supervises the use of chemical products, requires animal tests for some molecules. They need to evaluate risks such as toxicity, carcinogenic or mutagenic effects. They’re doing that to be sure that the finished product is safe for the consumer.

In the hope that the situation improves, PETA shared on their website a lot of alternatives to those tests: in vitro experiments, IT modelling, human simulators…

These alternatives show that there is hope regarding this matter, because we are more and more technologically advanced. It’s easier today to find solutions than it was 20 years ago.

Focus on the “Cruelty-free” mention

As you understand now, European law prohibits all animal testing. So why do some brands still mention it?

Imagine a European brand claiming they don’t carry out tests on animals. It implies that other brands may carry out these tests whereas that’s not the case.

It’s wrong to say that because they just respect the law, it doesn’t need to be written. All European cosmetic producers should respect the law. It’s the same for the logo “cruelty-free”. Of course, it’s only the case in countries that prohibit animal tests, remember to look at the manufacturing country.

It’s unfair and illegal to imply that some brands do not comply with the law. It’s basically saying that you follow and respect the rules. Writing “not tested on animals” on a packaging, in countries concerned by the prohibition, is considered as a malicious practice as soon as it misleads the consumer. It’s just a marketing ploy to make people believe it’s a better product whereas it’s just a normal one.

By the way, if you want to know more about malicious practices and marketing ploys in cosmetics, we wrote an article about greenwashing.

At Ecogarantie®, we fight for the protection of fauna and flora. In addition to the European legislation, our members have to respect our own requirements, that is to say, our specifications. We forbid the use of toxic ingredients such as petrochemicals, volatile organic components or halogens. GMOs are also prohibited.

As a result, in our certified products, no substances will pollute or harm the ecosystem and the wildlife. Because yes, we want a world where humans, animals and nature can live in harmony. What about you?

As you can see, progress has been made regarding regulations on animal testing. Sadly, it might not be sufficient. Tests are still carried out on animals for some molecules. Some brands take advantage of the situation by saying their products are not tested on animals. What’s going to happen in the future? We hope all tests will be banned, even on molecules and that alternatives will be soon better  known and used. We trust our new technologies to leave animals in peace!